My worst ever holiday…… 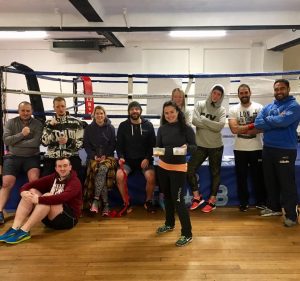 I talked a lot about getting intentional. About setting yourself up for success Instead of waking up and seeing what life is going to throw at you

A few years ago I went on a trip to Croatia, sailing round the islands. Sounds nice eh? It was my worst holiday ever.

I decided at the ripe old age of 35, it was time I went on a girls holiday (think I had a mini mid life crisis but that another story) I booked up the trip with a few girls I worked with, didn’t really pay much attention to where or what we were doing. Croatia? Never been, sailing? sounds great for working on the tan. I imagined lying on the deck of a yacht, lazily reading books by day and enjoying relaxing meals at night, taking in the scenery. I was pretty burned out from working long hours at my first PT job so I was really looking forward to lots of rest

Now the reality and what I’d imagined turned out to be very different. I found myself on a 18-30 type booze cruise. The cabin was so small you could barely swing a cat. And have you ever tried to sleep in 40 degree heat without air con? What was worse was the cruise was populated by 20 something Aussies, getting on it from 10am in the morning. Now Aussies – love them dearly and getting ‘on it’ I have been known to like a night out but the 2 combined on a boat for 7 days straight?

What made everything worse was I had no escape. My vision of a peaceful cruise, spent reading and sunbathing was completely shattered as we sailed out to sea to thumping techno music and the captain tuned DJ shouting ‘Who want’s to Paaarrrrttttyyyy?’

I cried. Every night

This is what happens when you don’t actively choose what you want – you end up with things you don’t. I did not want this type of holiday. Yet because I was so passive in the decision making, I got exactly what I didn’t want

Most people won’t do it

If you don’t know what you are aiming for how can you expect to land the shot?

Now my example is just a holiday. I survived my 7 days of hell on a boat

But what happens when you don’t know what you want in other areas of your life?

Ask yourself, are you really clear what you want for your health, your career, your body, your finances, your relationships?

it takes a bit of time and effort but wouldn’t you rather set yourself up for a knockout year rather than more of the same?

Happiness is a journey, not a destination 🙂