Why I don’t eat gluten and how to change habits 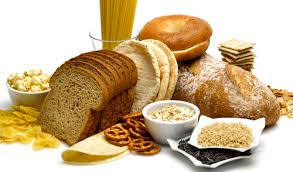 The reason being is that I don’t eat gluten

And most of the food available on such journeys (sandwiches, croissants and other floor based products) do not comply with my gluten free diet.

Someone recently said to me – can you not start eating gluten again after 6 months of cutting it out?

My answer? Why would I want to?

I have successfully created a new habit that serves me better

Years ago I used to suffer from severe IBS. My stomach would swell up like I was 6 months pregnant and I was spending way too much time in the bathroom….

At first it was hard and I would slip back into old habits every now and again. When I first gave up bread I ate a lot of rice cakes as I tried to find alternatives to the foods I was used to eating. Every so often I would slip up and not be able to resist some warm bread or toast and butter but I would pay for it with the stomach pains afterwards. I reminded myself that I didn’t want to feel like this and kept going with it. Gradually I was trying more foods and missing the bread and pastries a whole lot less. By now I was used to having my eggs with spinach instead of toast.

10 years later, it doesn’t even occur to me to eat gluten based foods. It’s not something I have to try to avoid or consciously think about. I just don’t eat it. I have successfully re-programmed my brain.

So what’s my point exactly?

It’s exactly the same with creating any new habit. At first you have to give it attention and be clear on your intention. I had to consciously think about what I was going to eat and remind myself that if I ate these foods I would not feel well. Then I had to find alternatives to create a new pattern. You have to keep repeating the new pattern over and over again in order for the brain to uptake the new behaviour as a ‘habit’

The thing is I had to make it enjoyable by gradually finding other foods that I liked. If I had forced myself to eat stuff I didn’t like, I wouldn’t have continued it long enough for it to become a habit

If you don’t create a way that’s going to be enjoyable for you or manageable for you, you simply won’t repeat the new behaviour enough times for the brain to adopt it as a permanent change. You will simply go back to the previous pattern

Now back to my gluten intolerance, it does make travelling a bit more difficult and I’m a pain in the ass to go out to dinner with but hey I have so much more time on my hands now I don’t have to spend so much time in the bathroom!